Last month, I read about blogger Alece Ronzino’s approach to New Year’s Resolutions: instead of making long lists of goals, choose just one word for the entire year, and use that one word as a focus to guide everything you do for the next 365 days. On her blog, separate to the #OneWord365 project that she set up six years ago (and that I linked to above), she talks a little more about it. So I’ve been wondering: if I had to choose just one word to focus on for 2014, one word to guide my thoughts, actions and decisions in 2014, what would it be? 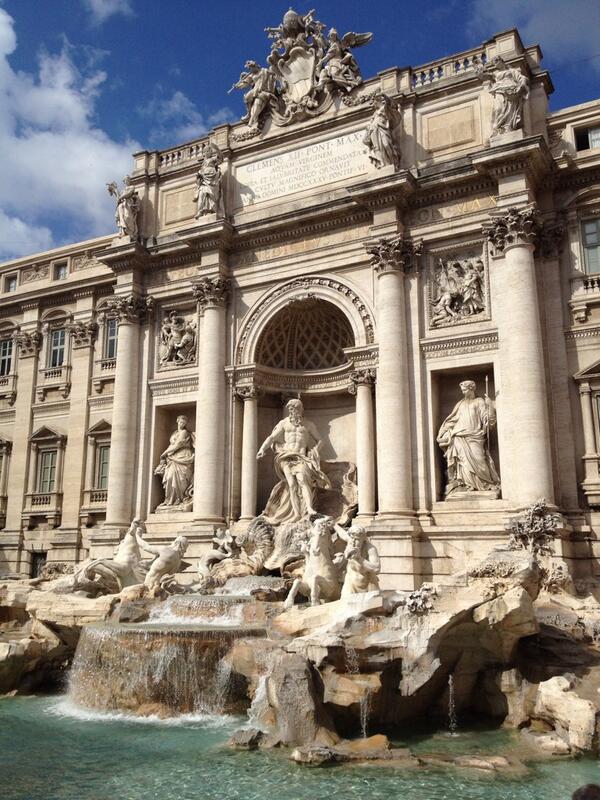 Admittedly, I’m late to the party – it is now mid-February, after all – but I think I’ve now got it… or at least, I’ve now managed to come up with a word that I’m hoping will serve as a good guide for me in 2014.

My one word, the word I will choose to focus on throughout 2014, is simply this:

Don’t get me wrong: I haven’t abandoned the mini-resolutions. I haven’t managed to come up with one for February yet, but that’s OK: I know I will come up with, and do them when needed. (Besides, with March – and therefore Lent – coming up soon, I suspect my ‘mini-resolution’ for the whole of Lent will be the same as it is for Lent every year: to completely give up refined sugar and foods with a high added sugar content. Mini-resolutions work best when you’re only focusing on one at a time, I find; do two at the very most, and only if you absolutely have to.)

In case you’re wondering what happened to my previous mini-resolution, I am still writing my 500 words a day, even now that January is over: I decided to give myself a break for the first two days of February, especially as they were a Saturday and Sunday, telling myself my reward was a weekend’s break from writing – but not only did I find that I felt anxious and annoyed at forcing myself not to write for those two days (which took me completely by surprise; why does this never happen when I’m close to an article deadline?) but I found that when I came back to trying to write my 500 words again on the Monday, it suddenly seemed really difficult to do again – it was like my weekend-long enforced ‘rest’ had started to break the habit I’d carefully built up for a month. Since then, I’ve never missed my daily 500-word minimum writing quota: I’ve written at least 500 words every day, even when I haven’t had much time to write, or not felt like writing at all, or had nothing to say. (This blog post will count as today’s writing quota, as you can guess.) I don’t want to miss any more days of writing as I’m now afraid that I’ll lose the good habit I built up during January.

There’s definitely something to be said for daily habits.

So, back to the one word I’ve chosen which I want to guide me for the rest of the year: Finish. Finish what I start. Finish what I said I would do. To see things through to completion; to keep my promises.

One of those things to include will be to finish at least one novel-length piece of fiction during the course of the year, even if I do nothing with it or about it afterwards – I’ve already been re-working and re-writing an old unfinished NaNoWriMo novel throughout January and the latest version is currently about 19,000 words long; I have started so many works of fiction in my life and I have never ever finished a single one. I want to change that, although with my current poor/non-existent track record of ‘writing and finishing a book or book-length work’, I expect I’m going to have to come up with a lot more ‘mini-resolutions’ along the way to break it down into the tiniest, most manageable, easy steps just to get the thing finished.

The concept of ‘finishing what I start’ even goes down to finishing books I’ve started to read. There are still things I started in 2013, things I resolved to do in 2013 (for example, the other writing blog project I talked about) that still remain unfinished as of February 2014. It’s starting to get embarrassing.

It will, however, mean I have to be more careful with the things I’ve promised to do, as I’m aware that even the above contains some pretty huge (and potentially overwhelming) things I want to make myself to complete. There are probably even going to be some things that I will start and later have to abandon for very good reasons – but as I want to finish the things I start, this means I will have to minimise the number of projects I start, and consider very carefully what to start, so that I don’t have to abandon them later (even if I abandon them for good reasons, abandoning them will still go against my concept word for the year of ‘finish’, hence that it would be best to keep my ‘abandonment rate’ low or nil).

I don’t even know if this approach to New Year’s Resolutions – or even to my own mini-resolutions throughout the year – will even work for me. But I thought it was an interesting concept, and it can’t hurt to try something different.